A review of The Duchess, by Danielle Steel: indie authors can do better than this 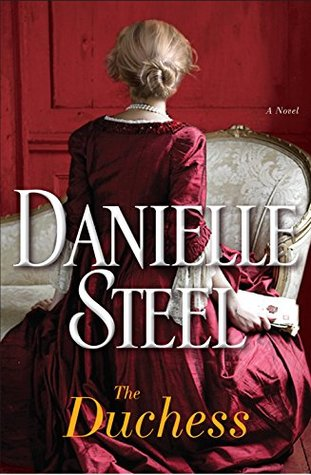 I rarely bother to write negative reviews, because typically I won't stick with a bad book. But this... This is just beyond anything. The ridiculous contrived plot, sloppy editing, and endless exposition are everything indie authors are often warned against.

This is not some obscure indie author, though. This is Danielle Steel, a prolific bestselling novelist with an extensive readership and a major publisher behind her. I haven't read other books by this author, but if they are anything like this one, I have to wonder how they are able to captivate and sustain a fan base. Warning: spoilers ahead! Let's start with the plot. Angelique Latham's father gives her 25,000 pounds before he dies. The interest of this sum, in Regency era England, would be enough to support Miss Latham in the rank of a gentlewoman for her entire life. A capital of 10,000 pounds was considered a respectable independent fortune - remember Mr. Elton in Jane Austen's Emma? "He did not throw himself away - he gained a woman of ten thousand pounds, or thereabouts". It makes absolutely zero sense for her to be making a living as a nanny - but her next move, opening a brothel in Paris without any moral scruples, is even more implausible in the absence of some cataclysmic event (such as losing her fortune and being left destitute). The characters are cardboard cartoons. The love interest is a boring afterthought that pops up in the last section of the book. There are ridiculous errors, like repeatedly stating "the estate was entailed TO him", rather than "ON him". And the writing?"Her name was Ambre, and she had worn a very elegant dress to the meeting, which showed that she knew how to dress well" (What an astounding conclusion!)"She spent a huge amount on their clothes and her own. But the house had become extremely profitable" (Why the contradiction?)"Related to kings in two countries, and daughter of a duke, banished by her brother, she was reduced to working as a domestic, and at the mercy of anyone who would hire her"This goes on and on. Rambling sentences. Misplaced commas. Faulty logical sequences.Guys, I'm an editor working directly with authors, and I would never, ever disgrace myself by releasing a book to a client in this state. It just boggles my mind that a MAJOR PUBLISHER with a serious budget has THIS quality of editing. But you know what? As an indie author, I'm also glad. If this is the level traditional publishing settles for these days, we can do better.
Posted by Hannah Ross at 02:32 No comments: