Can editors be affordable? 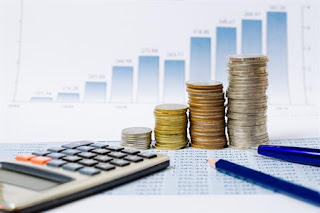 "How are indie authors supposed to be able to afford editors?" - this is a question I have encountered numerous times on social media lately, sometimes accompanied by "I have a budget of 300$ for this. Is it enough?" And someone somewhere in the comments usually suggests, "there are plenty of affordable editors out there".

As both an indie author on a budget and an editor doing my best to offer my clients quality service and fair prices, I understand both sides of the equation, and I will look at them both here. First, let's try to do some math and figure out whether editors are overpriced and what a reasonable fee would be.

While editing, I put in close to one hour per 2,000 words, on average. Does that sound too long? Consider that this includes corrections, comments and suggestions for the author, and often revision. How long would it take you to revise your own book? An editor would likely spend more time on it because they would see more stuff that needs to be addressed.

How much would you say an editor should earn per hour?

If I charge a 1,000$ for the editing of a 100K book, I earn roughly 20$ per hour. It is modest but something I can live upon. Many people, however, expect to have their epic novel edited for 500$, or worse. That would mean the editor earns 10$ per hour or less.

You won't find someone experienced for 10$ an hour, because people who charge so little don't tend to stay in the field. They are unable to support themselves and their families. They quit in burnout and frustration and go flipping burgers, because it's more financially rewarding.

So that's the editor's side of the story.

Authors, on the other hand, are often told, "Save up for self-publishing. Don't even think of releasing a book before you have a 2,000$ budget for editing, cover design, and marketing."

The sad truth, however, is that many self-published books will never make enough to pay off a 2000$ launch budget. Even if they are well-written, well-edited, and have a great cover. Many wonderful books just don't make it, and it's really hard to predict which ones will.

For an author who is struggling financially, pouring that much money into a single project can be devastating. They can literally discover they had taken food out of their children's mouths for nothing. I understand perfectly well that authors aren't simply being cheap. People are struggling to put food on the table.

Sometimes you get lucky and can find an editor who's really good but just starting out, and they'll work on your book for 500$. Or maybe you happen to be a brilliant cover designer and can arrange for an exchange of favors with an author-editor who needs cover design. But otherwise, yeah, when you say that you can't afford an editor, I hear you. I couldn't have afforded me if I had to pay myself to work on my own books.

There are no easy answers to this conundrum, that's for sure.

So what I suggest might sound harsh, but if you can't afford an editor, you can't. Revise the heck out of your book, invest in programs like ProWritingAid, and arrange for swap reads with other authors. Try your best and save up what you make from this book for editing the next one. It is not an ideal solution, but it's better and fairer than trying to find someone who will work for 5$ an hour.
Posted by Hannah Ross at 15:30 2 comments:

Covid-19 and the future of the indie book industry

Well, it happened. The world has, quite simply, done a backflip on us. What is going on right now could very well belong in a dystopian novel - whole countries on lockdown, health care systems collapsing, stocks plummeting, countless people losing their jobs.

Indie writers, editors, and other people who work from home have been lucky in many ways. We have never been tied to an office, so we didn't have to worry about it closing, or about social distancing at work. We can work from our laptop anywhere.

Of course, this doesn't mean we haven't been affected by what is happening in the world. Social media is full of posts and memes by writers who lament that they aren't as productive as they thought they would be - and that's even without children suddenly being home 24/7. Even for home educating families, it's quite an adjustment. It means no visits to Grandma, no help from anyone outside the house, no play dates. Each nuclear family is isolated and, as we are deprived of our usual means of recreation and social connection, it's no wonder our productivity has taken a nosedive.

Another question is how the book industry in general, and indie authors in particular, are going to be affected by the inevitable economic shifts that we'll be stuck with long after the acute stage of the crisis is over. Now, the following is just my opinion, so you are welcome to take it or leave it.

One immediate factor is that while people are at home so much more, they have more time to read. So apparently that's good news for us. But authors have been reporting a significant reduction in sales, and that's understandable when you think about it. While people are losing either their jobs or their financial security, their disposable income - real or perceived - takes a cut. People will naturally buy less things they don't need, and this includes books. I can tell you that I, personally, think twice nowadays before spending 2.99$ on an ebook. It's sad but true.

Another aspect is that authors who have relied on face-to-face meetings with readers, book fairs, etc - for example authors of illustrated children's books, who still receive a large part of their income from selling paperbacks - have suffered due to cancelled book fairs and book tours. Those authors have undoubtedly taken a harder hit than those of us who are used to making most of our sales from ebooks.

So are we going to be hit by the upcoming recession as well? Probably, but humankind has survived a lot worse - and storytelling, in some shape or form, has always been around. So I believe that there will always be a market for a good story. I look forward to exchange of ideas within the #WritingCommunity as we all pitch in towards helping each other get through this unexpected crisis wave.
Posted by Hannah Ross at 11:59 No comments: