Making it as an author: diversify your strategies 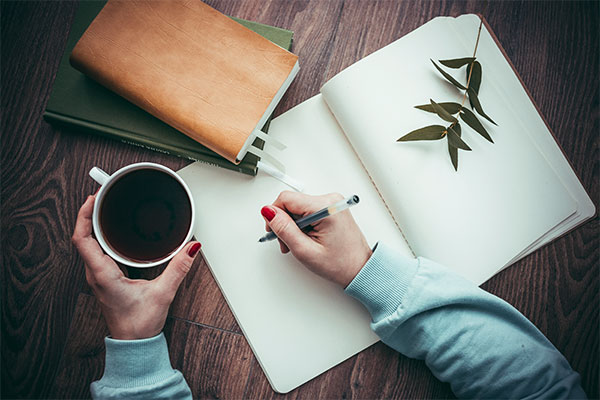 Making it as an author (however you define "making it") can be a twisting, steep path, and if you ask established authors to tell their success stories, their breakthroughs, you'll likely hear very different tales as to what finally got the snowball rolling for each of them. One thing all the stories are almost guaranteed to have in common, however, is persistence - nobody has succeeded by quitting yet, as far as I know!

This doesn't mean, however, that you should just keep going on doing the same old thing, the same old way. That would be like banging into the wall again and again, insisting that there MUST be a door. That's probably true - but the door might be a few steps away, and you need to make those steps to find it!

Stepping back and taking a break for a while might be necessary for your mental health. I had once reached a point when my fingers would shake and my heart would race whenever I sat down to check my email, and when I attempted to write, my eyes would just roll back in my head and I'd doze off (even if it was midmorning). I had been running on an empty battery for too long and I was exhausted. It took some good sober reassessment (and plenty of paperbacks and yarn) to help me recover.

Next, ask yourself some questions:

1. Have I chosen the right genre? Of course, when it comes to book genres, there is no right or wrong, but some genres are more niche than others. I don't suggest that you write something which does not inspire you, because that won't work, but maybe you have a way to tweak your writing to match a more popular genre.

For example, when I began promoting my Viking era novel, The Greenlanders, I discovered that had I included more romance in the plot, I could have gotten into the historical romance category, which has more voracious readers than just historical fiction.

2. Have I delivered the best product I possibly can? I realize this is a tricky one, because the perfect is the enemy of the good. There's literally no end to the amount of money you can pour into a book, including editing, cover design, formatting, and marketing. So set a reasonable budget and work within it.

You can also publish on no budget at all, despite what some literary snobs would have you believe. It will just take more time because you'll likely have to swap services with other people and/or do a lot yourself. I know of an author who doesn't even read their first draft - it just goes straight to the editor, but that's an exception. Most of us don't have enough money to pay an editor for taking care of a messy early draft.

3. Have I chosen the right publishing strategy? If you have been querying, consider the responses you got so far. If you only get form rejections, it might be time to tweak your query letter. If you get feedback along the lines of "I like it, but this will never sell" consider that traditional publishing is a conservative world, and also that many rejected authors have gone on to succeed as indies.

If you are an indie, consider whether you are locked onto ways and means that don't work, or don't work as well as you'd like. Do you try and try to get a BookBub ad, and get frustrated when you fail? Do you expend a lot of energy on blog tours that don't really help you get sales? Do you leave your books in KDP Select by default because exploring the possibilities of wide distribution seems daunting, or because it's easier than logging in and opting to check out of the program?

4. Am I still enjoying this? Writers are very often introverted people, which doesn't work to our advantage when it comes to marketing and PR, but there must still be some solid kernel of enjoyment left in this whole thing, or you won't be able to go on.

It must still be, at the core, about the writing, telling your story, creating your world. So make mental space for that. Read some really good books, put on some inspiring music. Exercise your creativity in other ways - plant a garden, cook, do crafts. Take walks. Connect with nature. Throw expectations out of the window - if someone is telling you it's no use if you don't manage to bang out two full-length novels each year, tell them to get lost. Guard that inner core of joy and creativity in your writing, because that's your biggest long-term asset.
Posted by Hannah Ross at 12:31