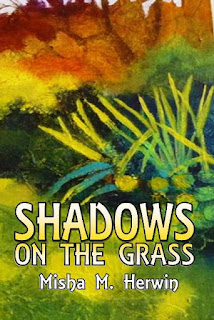 I used to feel guilty about working on several books at once, but later came to accept that, rather than lack of self-discipline, this is something that refreshes and invigorates me, and keeps me from falling into a boring rut. In today's post, Misha Herwin talks about juggling several writing projects along with getting them out there to the readers.
***

When Hannah asked me if I’d like to post on her blog, she very kindly said that if I was too busy, she would quite understand.

With Shadows on the Grass to be promoted, City of Secrets with the publisher and my WIP Belvedere Crescent at my beta-readers, and a couple of blogs to keep up, it might  appear that I have a lot on my plate, but having a number of projects going at the same time is the way I work best.

I’ve tried to concentrate on one thing at a time, but my mind veers away from the task in hand and I need the stimulation of focusing on something new, or re-visiting a piece I haven’t worked on for a while.

For the past six or so months I’ve spent my time editing and now I can feel an idea for a new novel nibbling at my brain. It’s not quite there yet, but if it’s going to be the book I think it will, then it will link into the others I have written. Most of my books are set in Bristol. The time might vary, but the place is the same-even in City of Secrets which is set in an alternative England. Because of this, jumping from one novel to another is productive rather than disruptive.

There is research that shows that this constant need to move on is the way the creative brain works. This, as I’ve said, has its advantages, but there are downsides too.

If you don’t write quickly, you can be juggling two or three books at the same time and never get to the end of any of them. Luckily, a firmly embedded sense of “ought” means that this isn’t a problem for me, but I do know writers that struggle.

Secondly, and this is my weak point, it allows me to spend less time on the one thing that I find most difficult - marketing.

I start off full of enthusiasm. I contact bloggers and reviewers, set up a book launch, regularly post about my progress on Facebook and Twitter and contact the local press. Then gradually once the book is out there the momentum falters. At the point where I should be finding new readers and keeping the novel out there my butterfly mind tells me I’ve done it, the book is out there so move on to the next and let this one take its chances.

It may not be as conscious as that, but I am easily bored and what really fires me up is the next brilliant new idea that just has to be dealt with.

The one thing that is consistent, is that I love talking to people whether on social media or in real life. One of the reasons I like travelling on buses and trains is that so often, if you are willing to listen, people will share their stories.

Increasingly research shows that people buy books because they know the writer, book bloggers too are more likely to review a novel by someone they have already interacted with in a forum or on Facebook, or Twitter. To really get your work out there, you need to network and to do that you be prepared to give as well as get. So establish a presence on social media, if that’s your thing; chat to people you meet don’t feel shy about telling them you’re a writer; get in touch with local organisations and offer a talk and always carry a postcard sized picture of your book cover, so if anyone asks you have all the information they need about your book and where to buy it.

Interacting with other writers is good too. In my experience they are really helpful and generous in promoting each other’s work.

So thank you to Hannah for letting me post on her blog. 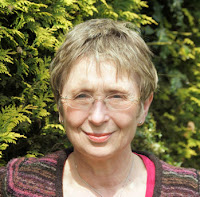 Misha Herwin is a writer of books for adults and children. Her short stories have appeared in anthologies in the US and the UK and her plays have been performed by a theatre-in-education company and by schools.
Her books for children include the ‘Dragonfire Trilogy’ which is aimed at the 8-12 market and for anyone who enjoyed Harry Potter. She loves fantasy and magic and is fascinated by time.
Time slip is the basis of her novel “House of Shadows” while “Picking up the Pieces” explores the problems older women face in the 21st century and “Shadows on the Grass” is the story of an immigrant family in 1960s Bristol and is based on her family history.
“City of Secrets”, her latest book for children, will be published in October 2018 and “Belvedere Crescent”, another time slip novel, is due out at the beginning of 2019.