The Humble Writer, with Frank Talaber 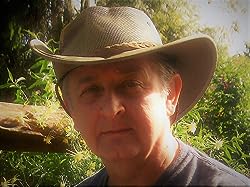 For many years, I didn't personally know any other writers but myself. That made me feel really special, and the way all my school teachers raved about my essays didn't contribute to humility. This precious snowflake illusion shattered when I was introduced to the writer community, and especially when I began querying for my first completed novel. Now I know the truth: there's a lot of fantastically talented people out there, all producing masterpieces, and 90% of these books will probably never make it out to the world, let alone traditional publishing, because the competition is so great. I'm not saying this to discourage others, but knowing one's relative insignificance helps put things in perspective when prospects seem bleak.

Today, Frank Talaber is here on the blog, talking about his own taste of humble pie.

I’ve been asked what’s it like, being a writer? Simple; humbling and learning great perseverance.

I get up at 5AM and write until I have to trundle off to work or the cats start gnawing at my legs for food. Cats don’t care if you’re Terry Pratchett or J.K. Rowling.

And after you’ve stroked your ego and written your first novel, welcome to the world of five percent. What do I mean, before I get letter bombs sent my way? What's the rest?

Editing, more editing and more darn editing. Then set the manuscript down for a month or two. Then reread it and (no secret here) more editing. Now, we’re talking close to being done.

One of the best things to do when editing is to read it out loud. Preferably in a room on your own, with no one around otherwise someone will think you're absolutely bananas.  You can catch a lot of awkward sentences, poor flow and grammatically incorrect phrases this way.

Having humility is important. As much as your mom said, "Your book is the greatest thing since sliced bread", IT AIN'T. If you check the garbage cans of even great writers, you'll find a lot of worn to the stub erasers.

Also join a writers group or two. Could join a knitting class. I'm told knitters are a humble lot.

While there's a lot of schlock on the bookshelves that should reside in dumpsters, War and Peace went through one hundred and one publishers before being accepted. What if Tolstoy threw it into a dumpster after one hundred?

Stephen King did. He dumped his novel Carrie into the trash and said, "I give up. I'm going to stick to being a teacher."

Thank God his wife had the guts to say, "You tell me you're a writer. Dust off that blown, crumpled and withered ego and put it out there. AGAIN."

The next publisher accepted the book and the rest is well, "Salem's Lot."

I went through 398 rejections before my first novel got accepted. That’s humbling.

There's a picture that's hangs over my writing desk given to me by someone so long ago I don't remember. I dust it off every time I get another rejection. The picture is of a man sitting alone at a piano in a huge empty room. There's stacks of papers strewn about, empty coffee cups and worn pencils all around him. The caption above him reads, PERSEVERANCE. The quote below from Samuel Johnson: "Great works are performed not by strength, but by perseverance."

Being a humble and persistent writer is very important. If you don’t believe me, ask yourself this question. How many literary American Classics worthy of a Nobel Award lie in dumpsters?

Only dumpster divers will ever know, and after six bottles of aftershave I doubt they'd sit up and spout, "Wow, best thing since Harry Potter." Before they'd probably use the papers to keep themselves warm at night around a fire or worse, use it for toilet paper.

Remember that when you want to give up. That's humbling.

Frank Talaber is a Canadian author residing in Chilliwack, BC. He has several novels published through BWL publishing, which include the genres of urban fantasy, thriller, crime and romance. He is also working on a script and movie project and plans to get his works into films at some point. Visit Frank's web page, connect with him on Facebook and follow him on Twitter as @FrankTalaber
Posted by Hannah Ross at 23:13