How clean should a book be? On curse words and sex scenes

This post was inspired by my Facebook friend and talented author Sherri Giddens, who brought up the topic. Sherri, who is committed to making all her books clean and family friendly, has been told that she is missing out on a whole lot of sales by keeping sex and swear words out of her writing.

In my fantasy books, which were influenced by George Martin, I did allow a glimpse of nudity (though never explicit sex) and a swear word now and then. But as I grow and mature as a writer, I become more and more convinced that this is quite unnecessary - putting aside my own standards of family friendly reading as an Orthodox Jewish author, I am now of the opinion that it is in better style, more sophisticated, and far less vulgar to describe passion - whether it is love or hate - in subtle, understated shades. A glance, a movement, a few words can show just as much emotion as the steamiest bedroom scene, and villains don't need to assert their evil nature by cursing - there are plenty of other, more sinister ways to do that.

Do I pretend to say that writers should work in whatever way they see fit, disregarding their audience and whatever anyone may think about their books? Not really; none of us writes in a vacuum, and I suppose that many of us ask ourselves, "Will I be comfortable with my preteen children reading this? Or my mom?" Some of us choose pen names and separate social networks for our author selves, preferring to be someone as writers who we can't be in our personal life.

By the way, it's not just about making a book suitable for all audiences, but also about avoiding prose that is like chopping wood with a blunt axe. I have a dislike for tacky scenes in general. I like to convey love without having my characters say "I love you". I avoid breakup scenes with shouting, tears and protracted conversations in the "we need to talk" style. Subtlety and delicate shades are what I seek in my writing these days.

Ultimately, of course, it's all a matter of style and personal choices, and about staying true to one's own self. I don't believe writers should include sex or profanity in their work if they feel uncomfortable about it, or simply don't like it, just as I don't think authors should write in a genre they don't like to gain sales. Yes, sex sells. So what? A lot of books sell without any such added spice. It's all about about a good story, told in a captivating manner - and there are endless ways to do that.
Posted by Hannah Ross at 01:36 No comments:

Why you shouldn't worry that someone will steal your book 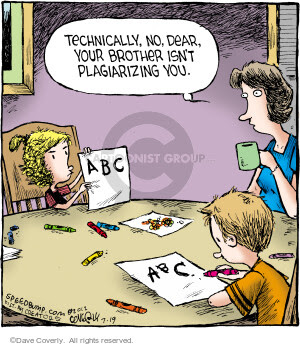 This is a very common question among new writers, or authors new to the age of digital books: "But What If Someone Steals My Work?!"

Actually, this fear can be divided into two parts. The first is the concern about one's ideas being stolen, up to the point that newbie authors discuss their plot twists with a cautiousness and secrecy that wouldn't have shamed KGB, and are reluctant to show their work to anyone else. Here is where I say: humility, humility, humility.

Let's put it this way: writers are a narcissistic bunch (saying this to emphasize a point, yes?). The ideas each writer admires most are... that's right, their own. So while your idea for a novel about dolphins with confused sexual identity might seem like a genius and an instant bestseller to you, another writer will probably roll their eyes at it and stick to their idea of a post-apocalyptic epic about deranged penguins attacking the McMurdo Antarctic research station.

Bottom line: writers have plenty of ideas, probably more than they can use in a lifetime. Mine are always flitting around like crazy bats in the light of a lone streetlamp. I can catch a dozen with a lazy sweep of a net. It makes little difference, as an idea is nothing without good writing and months, possibly years, of diligent work on a manuscript.

Another fear, perhaps a little more valid one, is the concern about book piracy. I just had a discussion about this not long ago with a writer to whom I suggested uploading her books to Kindle (she has dealt in print books exclusively until now). Her concern was, "but... but... this is a digital file!! People may pass it on and spread it around, and there will be nothing I can do about it!". My reply was, "yes, but if you don't go digital, you are missing on a whole massive chunk of market!!" Does it make sense to give up on the entire world of digital publishing out of concern that some unscrupulous people might spread your book illegitimately?

Book piracy is a rotten thing, and it can be a real concern. There are some laws against it, too, though enforcement might not be very effective. But... once again, humility. I can testify, for instance, that I ran a Google search, and nobody is stealing and spreading my books. I kind of wish they were, sometimes. It would be a bit of free publicity.

Decent people still buy books, and even indecent people are sometimes too lazy to seek out a pirate copy of a book, and the more you put your work out there, in as many formats as possible - print, digital, audio - the higher is your chance to get noticed (and earn money). Visibility, not plagiarism or book piracy, is the big challenge for a new author. Just try it and see for yourself.
Posted by Hannah Ross at 06:52 2 comments:

These days, working on The Hourglass (sequel to Wild Children), I got a note from my publisher pointing out that some stages in the timeline are murky. Indeed, after making an examination, I had to confess I have a tendency to glide over things such as what season the action is taking place, or even when the main hero was born. The longer a series is, the more such vagueness is felt, as the effect accumulates.

So I sat myself down and started working on a timeline, and here are some thoughts I came up with:

1. If possible, make a detailed timeline even before you begin writing. It will make things a lot easier later on.

2. Double check everything. You don't want a character to be twenty in the first book, and twenty-five in the second book that is supposed to take place a year later.

3. Pay attention to points such as when characters travel or work on specific projects. Make sure everything takes a logical amount of time.

4. For different scenes that are supposed to take place simultaneously, make sure that characters don't participate in both scenes.

A thorough timeline helps plan everything out. Happy writing!
Posted by Hannah Ross at 08:18 No comments: