Between fantasy and sci-fi

As insanely busy as I have been lately, I can't help already squinting ahead into the horizon and looking to the next book I'm going to write. The concept, while not directly connected to any of my existing works, is sci-fi/dystopia again. And this, together with some preliminary research I'm doing, makes me think about how different writing fantasy is from writing sci-fi.

In fantasy, you can get away with pretty much anything, as long as it makes sense in the context of your story. Say, your protagonist isn't attacked by dragons because the great bloodthirsty beasts are afraid of the bright yellow color of his waterproof coat. It can and should make a rich, detailed, harmonious tapestry, but ultimately, you're the creator of this world.

In sci-fi, you operate within the limits of our world, be it on planet earth or in space. You use real laws of physics, real geography, and real history, and you have to be sure you don't make any blunders. So you will sometimes find yourself learning all you can about how spaceships work or how to build an igloo. What you suggest in your books must be at least plausible.

The book I have just finished writing, Mountains of Gold, is a historical novel set mainly in Africa. My next book will be quite a jump down the globe, in Antarctic setting (details will be coming later). So I find myself watching documentaries and learning all I can about the ice layers, the currents, the geography, the patterns of light and darkness, and the research stations. If nothing else, it's going to contribute to my education!

Read more about sci-fi vs. fantasy here.
Posted by Hannah Ross at 01:30 No comments: 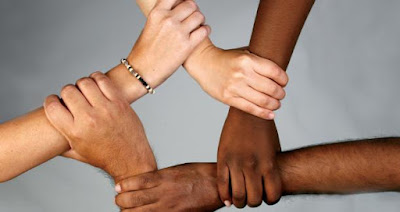 I might be a little late to jump on the bandwagon of discussing this, but I have only recently chanced to hear about the scary beast called cultural appropriation.

That is, when, say, a white male author describes the travails of a poor Korean immigrant girl, he isn't applauded for bringing up minority, cultural and racial issues, but rather, he gets cold shouldered for presuming to describe what he can have no real idea about, being male and white. Masterpieces such as Kathryn Stockett's The Help were blamed for this issue as well.

I, personally, consider this to be yet another piece of ridiculousness cooked by the PC movement, which is so mortally afraid of anything that might even faintly smell of disrespect towards disadvantaged or minority groups, that it would stifle us in tiny cubicles of writing about what we actually are, not daring to step onto someone else's territory.

My latest novel-in-progress focuses on the Beta Israel Jewish community of Ethiopia. Am I making a transgression by writing about it, or am I given leeway because I'm Jewish? Did I cross the line by making the main character a dark-skinned man, while I'm a white woman?

Frankly, these considerations appear outlandish to me. Writing would become extremely dull if we became limited in what we can describe ("novels about slavery should be written by people of color! Holocaust stories should only be written by Jews!"). None of us have lived in the times of the Romans, or Vikings, or Jane Austen, yet historical fiction thrives. I'm planning to write a novel set in Antarctica. I have never been in Antarctica, nor am I likely to visit in the foreseeable future. But I believe that my imagination and my descriptive skills, coupled with as much research as I can muster, are capable of creating a rich, believable world.

Having said that, it's important to me to stress that I don't justify by any means things such as poor research or superficiality. I become annoyed when a non-Russian writer describes Russians as a bunch of vodka-slugging troglodytes, or when non-Jewish authors limit the scope of Jewish cuisine to gefilte fish. If you write about a foreign culture, kindly don't lump all representatives of said culture together in one unrecognizable mass. We are all individuals, and a good writer will never tire of creating unique characters.

Another thing is the much-celebrated diversity, about which I just have to say one thing. In Soviet Russia, to be successful, writers had to come from a certain end of the political spectrum. Characters had to display communist ideology, which would be worked into the story whether or not it was relevant. I can't help but think about it when I read statements from publishers and agents saying they are looking for "diverse" books. Does this mean that a great novel will be overlooked because the main character's best friend isn't gay? Please don't force the writers' hand into conforming to the latest social agendas. It is cheap, dreadfully unoriginal, and has nothing to do with literature.
Posted by Hannah Ross at 13:48 No comments:

The things my kids say 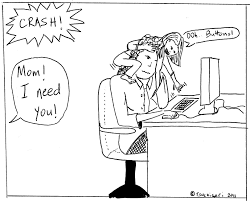 I think I've mentioned before that I work on the family computer in the living room, which means I often have a kid or two peering behind my shoulder and making comments on whatever I'm doing. Here are some examples:

"Is this the book about dragons?" (No, it's a Regency era novel) "You should put some dragons in all the same!" Did Jane Austen ever hear the like, I wonder? Probably not. She didn't have kids.

"Who is going to buy this book?" (Boy, am I asking myself the same question) "I hope loads of people do!" (I'm with you on this one, kiddo). "I hope you sell millions of copies!" (A coupla thousand would be nice as well).

"You should have the text in purple. It's way prettier" (That's an idea I haven't tried yet). "Actually, you should put in all sorts of pretty colors and fonts" (I'm sure the literary agent I'm sending this to will appreciate it).

"This cover doesn't look good" (Thanks for your honesty, baby). "You should put a fairy on it" (that would be an original element for a Viking novel). "Why are you putting your name on this?" (You know what, sometimes I'm not sure if I should).

Working in the same space with my kids may be a lot of things, but it's never boring.
Posted by Hannah Ross at 11:33 No comments:

When Your Client Doesn't Pay

If you are an indie writer, chances are you aren't getting a six-figure income from your books alone. It is possible that at some point, you will decide to supplement your income by freelancing, whether it's writing articles,  ghost writing, being a virtual assistant or, like me, providing editing and proofreading services.

Thankfully, up until now I have dealt with nice people who are very scrupulous about paying on time. Having gotten used to this, I admittedly became a little lax about payment terms and conditions, at some point not even clarifying exactly when I expect to be paid. A recent experience with a client who has been dodging my emails for weeks now promptly cured me of this negligent attitude.

Let me just say it once: there are few things more rotten than neglecting to pay a hard-working freelancer who has toiled for weeks or months over a difficult project. There is no excuse to cheating someone just because you can get away with it.

There is some potentially helpful advice on dealing with a client who avoids paying, but it doesn't really apply in my case. The best thing I can do is probably just write this client off, never work for them again, and resolve to be clearer and firmer about terms of payment in the future. Oh, and possibly warn other people about them, because dishonesty is a habit, and if someone cheated you, you can be almost sure they had more people taken in in the course of their career.

So here is my future work policy: I'm not going to just assume everyone is spotlessly honest, especially because I also get commissions from sites like Freelancer, where all sorts of people hang out. I'm going to ask for half the payment once half the work is done (or I might even make third or quarter milestones for larger projects); until that arrives, I will do no more work. I will also limit payment methods to direct transfer and PayPal, to eliminate excuses such as "the check must have been lost in the mail".

Having three young children at home, I am extremely busy, and freelancing for other people cuts into my already limited writing time. The least I can do is ensure that I get paid for every hour I invest in someone else's work.
Posted by Hannah Ross at 11:07 No comments: